From Hardship to a Staff Engineer at Apple with Cher Scarlett

Cher Scarlett shares her inspirational story about she overcame hardship and poverty, and worked her way up to become a staff engineer at Apple.

Cher has incredible strength in her, and bravely shares her struggles dealing with mental health issues publicly.

She also regularly reminds people they belong in tech independent of their education or background.

I am impressed by how she openly shares her vulnerabilities and encourages and lifts up others. Also, listen to the second interview, where Cher Scarlett talks about how she got hired at Apple despite her bipolar disorder.

Transcript: From Hardship to a Staff Engineer at Apple with Cher Scarlett

[This transcript is the result of a community effort. You can help make it better, and improve the podcast’s accessibility via Github. I’m happy to lend a hand to help you get started with pull requests, and open source work.
Special thanks to ry-v1 for helping improve this transcript.]

Michaela: [00:00:00] Hello and welcome to the software engineering unlocked podcast. I’m your host, Dr.McKayla. Before I start, I want to tell you about a new project of mine. I’m writing a book about code reviews. It would cover the latest research and best practices around code reviews everything I learned when working with teams at Microsoft, as well as with companies around the world, would go into this book. If this sounds interesting to you, then you can become an early reader and get exclusive access to some of the draft chapters. You can find out more at michaelagreiler.com/codereviewbook. I will link it also in the description. Well, but now let’s start with today’s episode and it’s special.Today we listen to the first part of a two part interview series with Cher. I’ve never done that before, but well, Cher has been very inspirational story to tell. She did share with us how she overcame hardship and poverty and worked her way up to be now a staff engineer at Apple. Cher has an incredible strengths in her, bravely shares her struggles, dealing with mental health issues publicly. She also regularly reminds people that they belong in tech independent of their education or background. I’m impressed by how she openly shares her vulnerabilities and encourages and lift up others. So I’m really happy that Cher is here today. Welcome to my show Cher.

Michaela: [00:01:58] Um, so it’s one of the first thing I want to talk with you about is your journey into tech, because I know it’s not a very traditional journey. So you recently started to share more openly that you actually don’t have a computer science degree background and things like that. Do you want to tell us a little bit how you actually started in tech and you know, what brought you here?

Michaela: [00:13:48] Yeah. Somehow for me it sounds like a cycle, right? A virtuous cycle where you, if you’re in it, you’re somehow getting deeper into it. And it’s really hard to get out. And once you’re out, it’s, it’s the same cycle. You can actually get that up. Do you feel that way as well?

Cher: [00:14:05] Oh, definitely. You know, only 4% of people that come from poverty will ever break out of that cycle. And I think a lot of things that things that people don’t really understand, like, especially with like incarcerated people, is that a lot of people that, you know, have done like worse things than me even, they, they really did it out of like a combination of necessity and then circumstances you know, like people, like I have a lot of emotional and mental health problems, of course, because of the way that I grew up and very easily, you know, think if I didn’t get pregnant, like in the life that I was living, like, there’s absolutely no doubt in my mind that I could be in prison right now, you know, instead of where I’m at, just because I know that that’s where my life was going. Those were the people that I was around. Those were the things I was engaging in, but like, recognizing that like. I, you know, basically I was like rehabilitated that I’m not the only one that, that can happen to you. And when we don’t take the time to recognize that, that those people who, you know, like my friends who are still in that life, it’s like the reason that it’s there in that is because it’s, it’s a cycle and there’s, there’s really no escape from it.

Michaela: [00:14:48] Yeah. It’s really hard to get out. So one of the things that you. Tell me, is that this getting pregnant was definitely a, when the changed your mind and you know, where you were thinking, well, I don’t want my kid, my baby to grow up in that environment or with those circumstances. And then there’s this event that you have at the hotel, but do you think that there were other things, were there other people in your life up to you to come out of that or strengths coming completely from inside of yourself?

Cher: [00:15:23] Um, I definitely think that there were people along the way who helped. So I definitely got like positive feedback along the way. Um, but I just it’s, it’s like a mixture. Like I wasn’t ready to, I had so much like damage that I wasn’t processing and that I was shoving down that it was like, I couldn’t accept those things about myself to actually, you know, try to get myself out there until it was a point where like, I, you know, it’s, it’s either find something or you’re gonna lose your kid and be homeless, you know, that’s, that’s what it took for me. And I do think that I do think that it’s, it’s like both, both things matter that has to come from like internal and then you also, cause you have to be willing to accept like other people’s help. And if you’re not like you, you can’t, you can’t move forward.

Michaela: [00:16:14] Yeah. But I think it’s really, there’s an incredible strengths to being in a situation that really seems. You’re a little bit stuck right your, um, things are not, I mean, you definitely knew that the situation isn’t as it should be, or it could be. And, and then if, because we were saying, well, this is the cycle, right. Then if you’re seeing that it’s actually happening again and again, that you’re in those situations, which I think they are somehow attracting themselves. Right. So one bad situation somehow attracts another bad situation. It really takes a lot of things to say, well, okay, I can still get out of that and applying to this job and I’m going there, you know, whatever it takes and even standing there in front of this person in the hotel and saying, well, I don’t have a credit card.I don’t have a debit card. I don’t have the a hundred bucks, but I’m staying in this hotel tonight. Right. Um, I think is, is this is Incredible strengths. That, you lifted yourself up to be, you know, in a very different position. I think especially his first leap. Um, you get out of that. This is, it’s really incredible. I mean, I’m very, very impressed by that. So when then you were in this better job, right which brought in more money and there’s this upward spiral, right. What was the next step? So did you think by that time, I really want to become, you know, a staff engineer at one of the largest and most prestigious, you know, software engineering companies in the world.

Michaela: [00:25:16] Yeah. I think that’s really interesting. And I think it’s somehow it’s, it’s similar to the story of , you know, not giving up and not saying, well, this is how my life now is, and that I’m convicted or, you know, I have no roof over my top. Here’s the same. Somebody somehow treats you not with respect, but instead of saying, well, I’m quitting, I’m going away. You’re finding a way to actually. In your way, right? Make space for yourself and get, get the respect that you actually should, should have. I would like to ask you a little bit about your job at Apple now. So what are you doing there? I know the title is staff software engineer, but what is, is staff engineer at Apple? What do you do? What are you responsible for? And also, I would like to hear everything about the hiring process because I’m super afraid of interviews and things like that. So we’d like to know. How he experienced that? Yeah. Also for my listeners that want to apply at Apple, what should they do?

Michaela: [00:26:17] Well, who wouldn’t like to know. Right. But this is the end of today’s episode in part two I deep dive with Cher, into the hiring processes at Apple, engineering culture and software engineering practices at this large prestigious company, I hope you tune in, in two weeks for now. I say bye, and have a good day. Bye. I hope you enjoyed another episode of the software engineering unlocked podcast. Don’t forget to subscribe. And I talk to you again in two weeks. 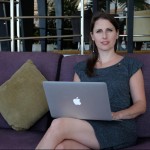