In this episode, I talk to Derrick Stolee, a principal software engineer at Microsoft who makes sure the Git version control system is lightning fast.

We also talk about: 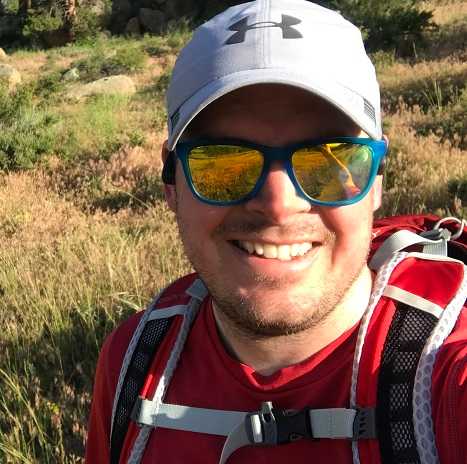 About Derrick Stolee
Derrick Stolee, is a principal software engineer at Microsoft who makes sure the Git version control system is lightning fast.
Book your awesomecodereview.com workshop!

How I got into FAANG companies without a CS degree

Michaela: [00:00:00] Hello, welcome to the software engineering unlocked podcast. I'm your host, dr. McKayla. And today I have the pleasure to talk to Derrik Stolee. Derrik is a principle software engineer at Microsoft and Azure dev ops. He also contributes to get prior to joining Microsoft. Derrick was a professor from a mathematics. If that's not intriguing, I'm super thrilled to hear from his experience, switching careers and working on such a popular open source system. So thank you Derek for being on my show.

Michaela: [00:00:30] So Derek, let's start from the beginning. How comes did you as a former professor are now working for Microsoft as a principal software engineer?

Derrick: [00:00:37] Yeah, I think it's an interesting story in the sense that I. Originally wanted to be a programmer. And that's why I went to college for. And so I did a lot of software engineering and programming courses in undergrad, but I also kind of fell in love with math and advanced math at that same point in which inspired me to say, you know what? I don't want to go into programming right now. At least I can, I can maybe fall back to it later if this academic career doesn't work out. And so I went to grad school and I did postdoc and I got. If faculty position, which was the dream, right. You know, it's so hard to get to that point. And I, and I had a lot of luck getting there, but then after I was there, I was realizing that being a faculty isn't as fun as being a grad student, there's a lot more responsibility, a lot more meetings. And, uh, just the schedule wasn't quite fitting in with what I wanted to do, which I wanted to do, solve cool problems. I wanted to write code to help me solve those problems. And that was becoming less and less a part of my daily life. So I was sharing with my, my spouse that, you know what, maybe this isn't the right career for me. Maybe I should look into doing something else or drastically changing how I'm doing the career. And she decided that she could also maybe decide that you wanted to be in a different institution. So she, uh, went on the job market and found a job here in Raleigh at North Carolina state. And so I said, yeah, let's, let's go for it. And I agree need to move out here without even knowing if I'd have a job. And I was expecting to kind of need to knock and a lot of doors. But I found out that there was a small group here that where Azure dev ops is built here in the research triangle, and they happened to need somebody to do some sort of graph related problems. And I was, I had experienced with graph theory and that fit in really nicely. So they took a risk on me because I wasn't really experienced in building software, in a team, in a professional environment, but I really think that it paid off because I was able to build some really cool stuff here. Yeah.

Michaela: [00:02:44] That sounds really cool. So that was also coming to my mind. If you are a professor for mathematics, you're probably not at the same time. It's sophisticated programmer, but you said that you already built stuff and used code to solve some of your problems that university as well.

Derrick: [00:02:59] Yeah. My research area was I called it computational graph theory or computational combinatorics. So I would look at a math problem. And figure out if I could solve it using it computers as being my proof technique, um, or at least to help me discover things that will lead to deeper proof techniques. So while the entry, it was about super theoretical problems. I was writing a lot of code, but I was doing it by myself. So when I actually started and started working on a team, You know, I was, I was hired for my expertise, which was mature and had a lot of deep knowledge, but also just how to work on a team. I was making a lot of junior mistakes, you know, checking in to master on at 5:00 PM and going home. Without realizing I hadn't run the test suite, you know, those sorts of mistakes kind of happen and you learn how to fix them. Uh, but it was, so that was a, definitely a learning curve in terms of how to interact with a team, how to do code review, uh, how to work with the release cycle, managed life site stuff. But none of those things had I been prepared for. Um, but you know, going to grad school kind of. You know, being very ethical, right. Being able to learn new things is kind of what I've been trying to do for me. Yeah. Years. So hopefully that translated into, I can pick the start sort of step up very quickly. Michaela: [00:04:21] So when you went into the interview, how did you approach that? Did you say I'm actually not that experienced with development or I can learn on the job, or how about that? How, how did you communicate that