In this episode, I talk to Scott Hanselman, a partner product manager at Microsoft.

We also talk about: 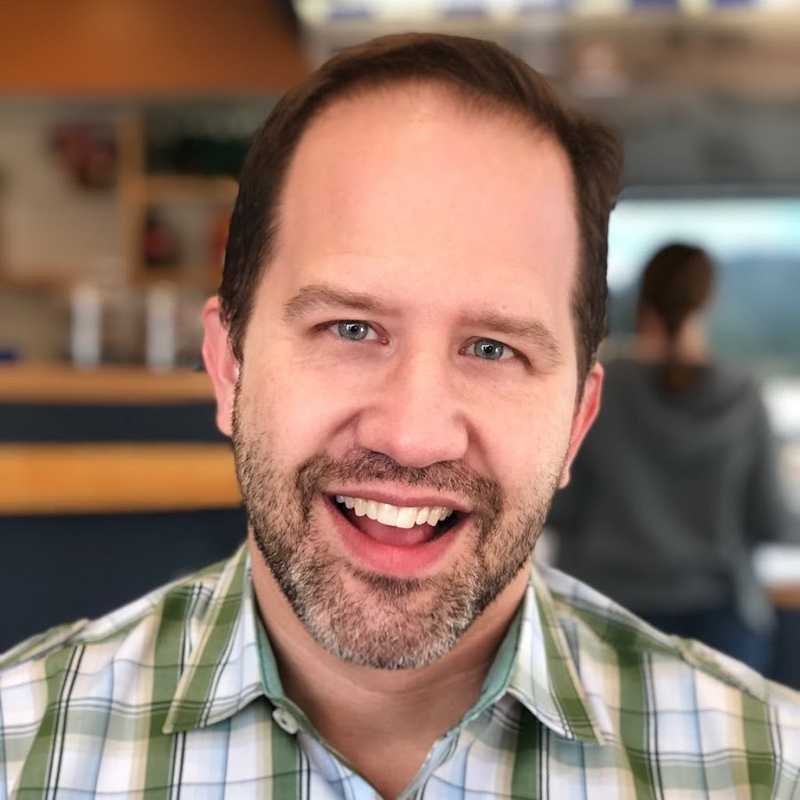 About Scott Hanselman
Scott Hanselman, is a partner product manager at Microsoft. Since years, Scott is one of the most successful tech bloggers, he has three podcasts and actively works on making tech a more diverse place.
Book your awesomecodereview.com workshop!

How I got into FAANG companies without a CS degree


Read the whole episode "Episode 2: Getting a remote position at Microsoft with Scott Hanselman" (Transcript)

Michaela: [00:00:00] Hello, and welcome the Software Engineering Unlocked podcast. I'm your host, Dr. McKayla and I opened the doors to software companies and thought leaders around the world. Today. I speak to Scott Hanselman about how it is to work remotely for Microsoft. How to get such a position about making tech and more welcoming place, open-source and productivity. I'm super thrilled for this awesome second episode. I hope you enjoy it. If you like it, support my work by spreading the word. Tell your friends about this podcast, shared Twitter, LinkedIn, Facebook. I promise you I will do a happy dance each time you do it. So I'm really happy that, uh, today I have Scott Hanselman on my show. He's a real role model to me. And I think to many others as well. If you look at his profile, you're probably just left wondering how does he do it all? Yes, three podcasts. He writes books, he live codes and he teaches and has a day job at Microsoft. He also has plenty of side projects, but the main reason why I admire him so much is that he actively works on making Tech, more welcoming place for everybody. I've never came across a more diverse podcast that inspires me over the years. So, yeah, I'm a big fan of Scott and I'm super happy that he joins me today. So welcome Scott. Thank you for being here.

Michaela: [00:01:18] Yeah, really a big fan. So Scott, there's so much that I want to talk with you and maybe let's start with the fact that you're actually working remote from your home office for Microsoft. You did that already many years before it was sort of cool. Right. And yeah, I listened to many tips that you actually had online, how to make that work, but. I also want to pick your brain today because I'm also working remote and, um, I'm a big remote advocate. What I wondered is how did you actually come to work remote for a not really remote company? So how did you manage to get that remote job?

Scott: [00:01:56] Well, it really kind of depends. I mean, Microsoft is 130,000 people. I think it was 90,000 when I started. And, um, it isn't fair. I think, to take a company that big and say, Oh, it's remote friendly or, Oh, it's not remote friendly. Microsoft is like a hundred thousand person companies, or it might even be a thousand hundred person companies and each one, yeah, it has their own kind of like style. Well, there's the larger Microsoft you know culture. Different groups are remote friendly. Are they and others. And I happened to work for the developer division. We're about, I think the numbers are 22% of our folks are remote and I just happened to be one of them. I was one early because I work here in Portland and I just did not have any interest in moving to Seattle. All my people are here. My parents are here, grandparents. My wife's family is here. So leaving Portland would mean leaving 20-30, you know, relatives. So it wasn't, I just insisted basically I think is the, the, the, the answer. And I was fortunate enough that the bosses, uh, agreed with me insisting.

Michaela: [00:03:07] So I'm also working remote from Microsoft, but my story was a little bit different. I actually joined the team for some time and then I went to work remote it's even a little bit more complicated than that, but yeah. So you started already applying for a remote position at Microsoft, or did you have sort of a time where you were actually on a team and then you started working remote?

Scott: [00:03:29] So I have, I started remote and have always been remote, uh, but it is worth pointing out that I, I happened to be about 250 kilometers away from Microsoft headquarters, maybe 300, so I can drive up there in about four hours. So. It's a long drive and it takes, you know, a good part of the day, but I'm remote, but I wouldn't say I'm like remote, like a New Yorker or I'm not Germany remote. Right. It's not a full day and a half of travel. So, well, it's inconvenient if I left my house around six, uh, I could get there by lunchtime. So if my boss called me, like right now, come and have a meeting with Scott Guthrie, uh, you know, I could probably get there before the middle of the year. Yeah. So that is a bit of luck that I've got in my location.

Michaela: [00:04:13] Okay. Yeah, that sounds much easier than for me working from Oregon. And you're working from your home office and you said you're, you could actually drive there, but how often are you driving to the Microsoft headquarter?

Scott: [00:04:27] Well, like I said, four hour drive is a long drive. Right. And it's, it's also quite bad with traffic. So it's about six hours on the way back. I think I go there maybe every six weeks, maybe every eight weeks. It really depends. Right. I mean, like what kind of thing has to happen in person? That's the question you have to ask yourself when you're doing it. Remote work, white boarding, you know, collaborating, really seeing someone leaning forward and seeing their eyes in more than just a web cam. When, when do those conversations have to happen? Certain, certain HR conversations, certain, you know, deep collaboration, long, you know, full day architecture sessions can, can work better in person, team building. But most day to day what I call administrivia, you know, administrative work, trivial work, uh, I don't need to be there to delete email. Yeah,

Michaela: [00:05:18] that makes total sense. And while you are also a lot on the road, I imagine, um, how much of your work day is actually traveling and giving presentations probably throughout the United States or even the world.

Scott: [00:05:32] That's, that's funny that you mentioned that because there's a little bit of a, like a. I think there's a perception when you follow people on social media, that they travel more than they do because time compresses. So there's people in my neighborhood, my family and who, not my, not my family in the house, but like my parents who think I'm on the road every other week, I'm on the road about three to four days a month. So that's about 10%. Michaela: [00:05:58] It's okay not that much Scott: [00:05:58] about 10% of the time. Thrice month is 30 days. It's about three days, you know, sometimes four, if I'm going to go somewhere farther, but I'll go to Europe and I'll be there for four days and I'll come back. But if you don't think about me for three weeks, and then you see me on Facebook and then you don't think about me and you see me on Facebook and I'm in another country. You go, Oh my goodness. That Hanselman is always on the road. What's the deal. Exactly. Yeah. So I think there's a little bit of a, of compression of time, but no, I wouldn't say on the most, most, most busy time would be a week a month. And that would be for something like build or ignite or one of those kinds of things. So I find it quite manageable.

Michaela: [00:06:36] Okay. And, um, if somebody would like to interview for Microsoft, do you think that their standard chance for interviewing for a remote position from the beginning on